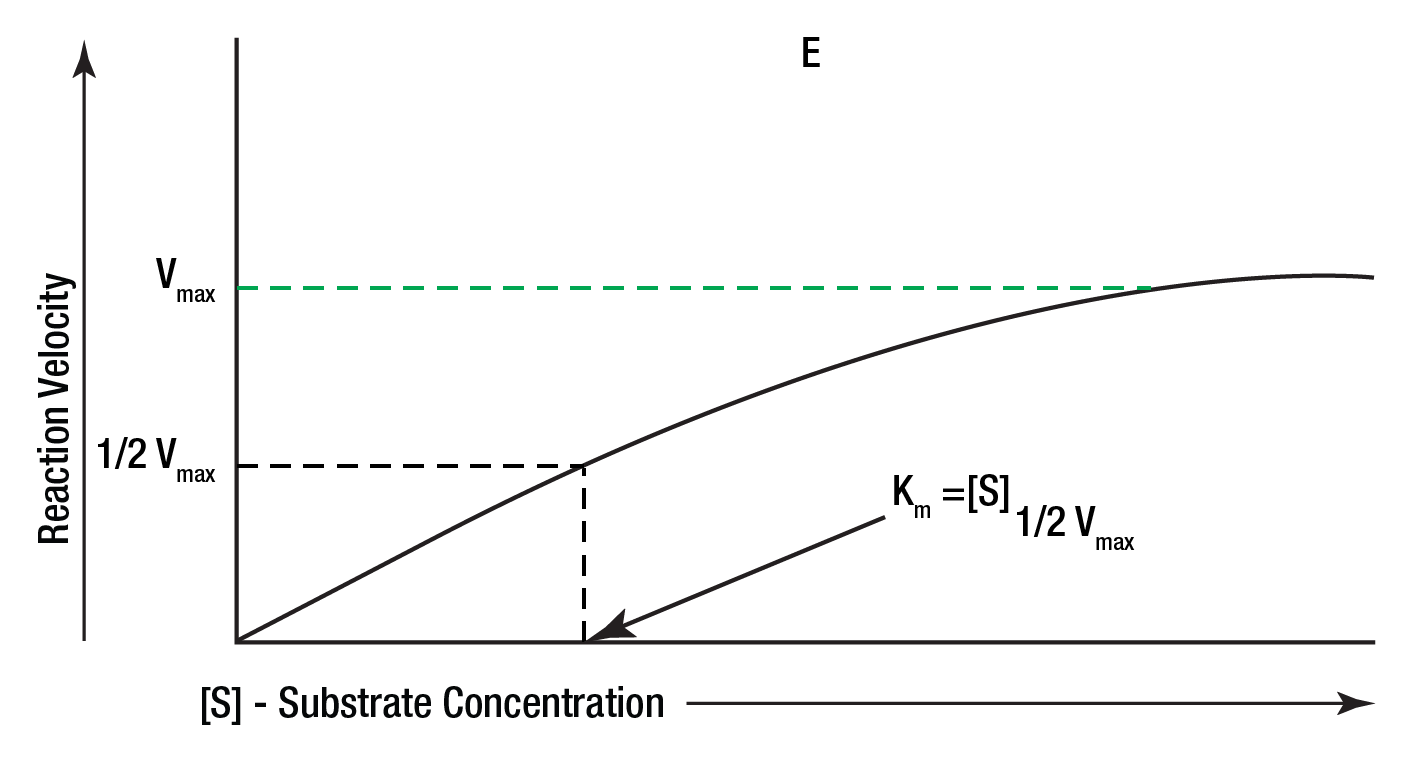 It is theorized that when this maximum velocity had been reached, all of the available enzyme has been converted to ES, the enzyme substrate complex. This point on the graph is designated Vmax. Using this maximum velocity and equation (7), Michaelis developed a set of mathematical expressions to calculate enzyme activity in terms of reaction speed from measurable laboratory data.

The Michaelis constant Km is defined as the substrate concentration at 1/2 the maximum velocity. This is shown in Figure 8. Using this constant and the fact that Km can also be defined as:

K+1, K-1 and K+2 being the rate constants from equation (7). Michaelis developed the following

Michaelis constants have been determined for many of the commonly used enzymes. The size of Km tells us several things about a particular enzyme.

Effects of Inhibitors on Enzyme Activity
File
Introduction to Enzymes